"The Sleeping Chapter" of Théo Mercier

In a landscape that is both deserted and alive, Théo Mercier invites the visitor to wander through the thickness of the night, paradoxical sleeping and conscious dreaming. 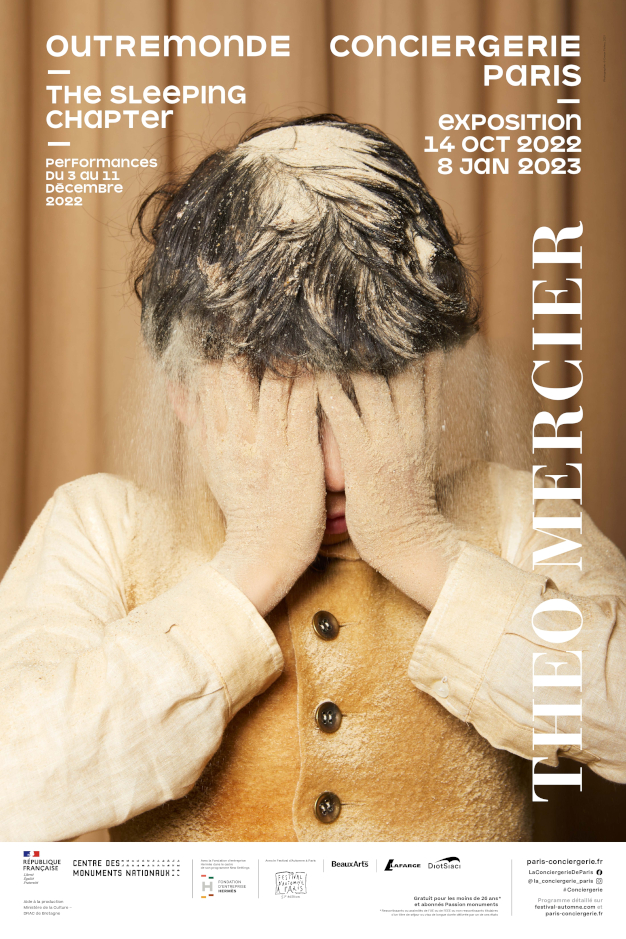 The Centre des Monuments Nationaux, with the Festival d'Automne à Paris and the Fondation d'entreprise Hermès as part of its New Settings program, presents "The Sleeping Chapter", the third chapter of Théo Mercier's triptych "OUTREMONDE"

Beneath the secular vaults of the Conciergerie will emerge from the ground a vast landscape of freshly unmade beds watched over by dogs, all sculpted in sand. The sculptures, conceived and created in situ, will evoke sleepers guarded by their faithful dogs.

A sound and light installation designed for this exhibition will materialize these invisible presences: the imprint of bodies, the folds of sheets, the echo of breaths and pulsations.

"The Sleeping Chapter" will transform the visitor’s experience of the monument: fragments of architecture in ruins will crush the pillow of a child's bed or even a hundred crabs carved in wood will swarm around a disarticulated bed offering a journey into time and in the mists of time.

This third chapter of OUTREMONDE will invite the visitor to a restorative journey through wounded sleep and dreams. In an environment that is both deserted and alive, the Salle des Gens d'armes will become a cathedral of sleep and a shelter for dreams.

The sand sculptures, whose colour echoes that of the stone of the Palais de la Cité, will be extensions, expansions, metaphors of its history. 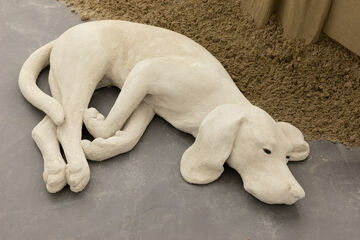 Théo Mercier was born in Paris in 1984 and lives between Paris and Marseille. Claiming formal freedom, Théo Mercier strives to deconstruct the mechanisms of history, objects and representations in which he brings up harmonious contradictions.

Alternately, explorer, collector, speculator and artist, he leads a reflection located at the crossroads of landscape, history, anthropology, geopolitics and tourism.

The result is a plastic and living work, often made up of artistic collaborations, where past, present and future, life and death, artisanal and industrial, profane and sacred, reality and fiction clash in an ordered cacophony. 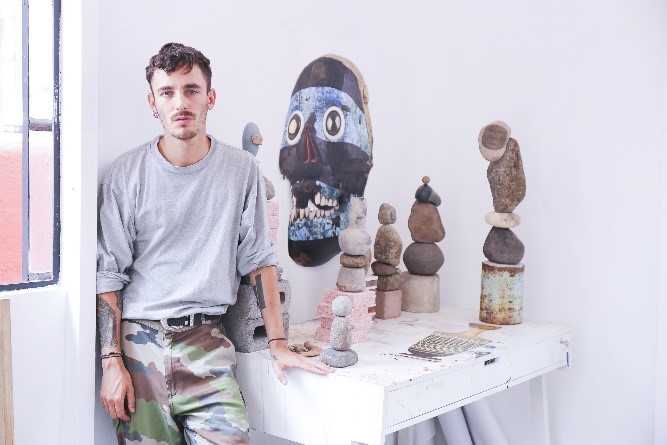 Discover the work of Théo Mercier

Price: included in the entrance fee to the monument

PERFORMANCES AS PART OF THE FESTIVAL D’AUTOMNE IN PARIS

A series of performances, resembling initiatory and psychedelic tales, will be presented within the exhibition from December 3 to 11, 2022 at 8 p.m. (except December 6).

The spectators, guided by an omniscient child, will embark on a sleepful tour punctuated by sleepwalking encounters.

By adopting the child's contemplation on the night, "The Sleeping Chapter" gives matter to the knowledge, to the poetry, to the vulnerability that lives in the hollow of our beds.

Production aid from the Ministry of Culture - DRAC de Bretagne

Informations and reservations on the website of the  Festival d'Automne

SPONSORS OF THE EXHIBITION

The exhibition “The Sleeping Chapter” by Théo Mercier benefits from the support of Lafarge, a player in the aggregates industry committed to the territories. In addition to a financial contribution, Lafarge has donated the sand that will be used by the artist to produce his works, coming from several quarries in the Ile de France region.

Backed by its commitments to the arts and culture in all its forms, the Diot-Siaci Group is a faithful patron of the Centre des Monuments Nationaux and as such supports the Théo Mercier exhibition presented at the Conciergerie.