The presentation of a health pass will be mandatory to access the monument for anyone older than 12 years old and two months.

Find out more information about your visit here.

DISCOVER THE CONCIERGERIE WITH THE HISTOPAD

Experience an immersive and enriched visit to the medieval and revolutionary rooms of the Conciergerie.

The interactive HistoPad is now included with your admission ticket! 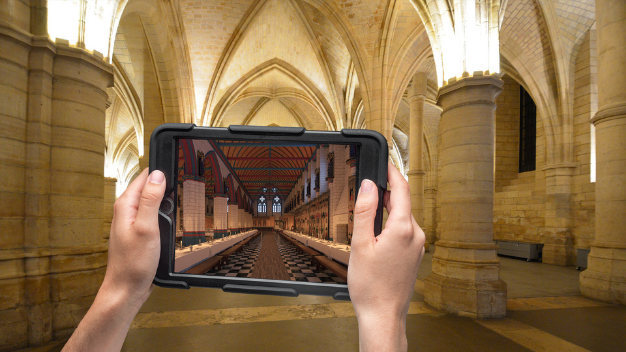 A TRIP BACK IN TIME

Thanks to augmented reality techniques, 3D reconstructions and interactive features, this immersive tour guide tool will help you better understand the history of the monument and its historical significance.

You can now discover the rooms of the Palais de la Cité as they would have appeared in the 14th century under Philippe Le Bel and in the 18th century during the French Revolution.

With family or friends, you can also explore the monument thanks to the treasure hunt proposed by the HistoPad.

Will you be able to find all the pieces of treasure that are hidden in the Conciergerie ?

The HistoPad initially presents a chronological view of the monument.

Thanks to a visual recognition system, the visitors can then scan the "Doors of Time" that will allow them to dive into the past. A 360° reconstruction of the medieval or the revolutionary periods appear on the screen according to your position in the monument.

Discover the Hall of Men-at-Arms at the time of Philip Le Bel in the 14th century....

and continue your time travelling with the 18th century and enter the cell of Marie-Antoinette ! 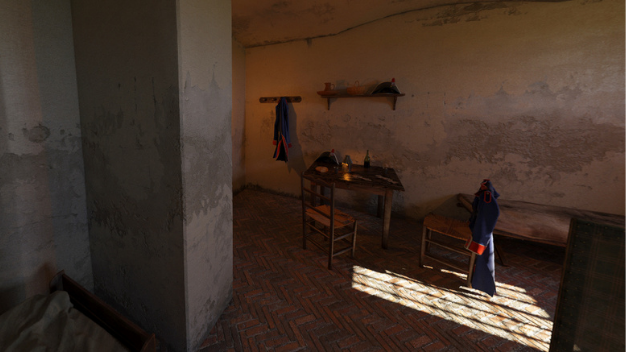 The HistoPad is a digital mediation device whose experience is discovered with an interactive tablet (iPad mini Retina of 8 inches). Save and share memories of your visit with the "My Visit" tab.

Developed by Histovery, the HistoPad of the Conciergerie is co-produced with the Centre des monuments nationaux, which provided editorial, scientific, iconographic and historical support as well as monitoring production and marketing.